Why Do I Experience Rapture In Meditation?


That's a good question. For those of you who meditate without having access to an experienced meditation teacher, rapture may become a confusing issue.

Let's take a look at what it is and how it relates to meditation...


As you become a more seasoned meditator, you are likely to experience rapture every so often.

Imagine you were a rock star and as you get off the stage 100.000 fans cheer, "We want more, we want more!" Needless to say, the feelings evoked by the cheering energizes you and perhaps it would be best described as a natural high.

Performers often get goose pimples all over their bodies and it can be referred to as rapture. There are different forms of rapture though, some are subtle while others are more energizing.

One form of rapture that often arises in meditation is the sensation of mental energy rushing through the body. It feels like a breeze or wave is passing through you.

Lightness is another form of rapture, perhaps better described as a sense of levitation.

In my early days as a meditator, I often experienced piti while practicing Tibetan Chenrezig meditation. And since I didn't have a meditation teacher at the time, the experiences confused me a great deal. I used to believe that these pleasant waves of mental energy meant that I had achieved a higher level of Chenrezig practice - which had nothing to do with it.

Rapture or piti if you like, is simply a sign that the mind has become focused and delights in the meditation object.

In the next questions and answers post, we'll take a look at the many benefits of rapture in meditation. 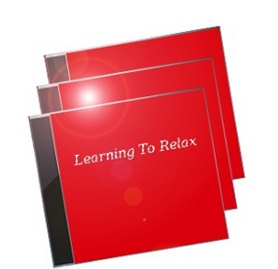 
By signing up for the free meditations, you agree to receive occasional newsletters from axel g.
You can unsubscribe at any time...


axel g > Q&A > Why Do I Experience Rapture In Meditation?